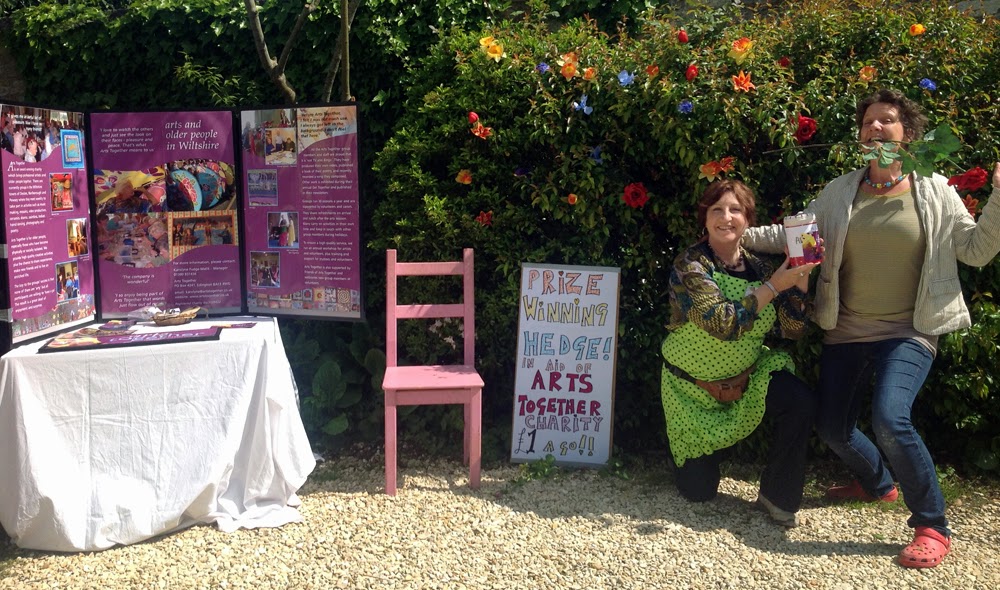 Big “thank you’s” to Jane Johnson and Karin Kennedy for their hedge fund (see above) during the Cloth Road Arts Trail which raised a fantastic £120 for Arts Together. Brilliant concept – and hedgefund managers take note!

And to Carol Harris (Devizes volunteer) for getting us nominated and then voted as charity of the year at the Wyvern Club. The Wyvern Club is a Private Members Club which is open to anyone who lives in the Devizes area and its surrounding villages. The Club has a thriving membership and is used for club social activities and functions. It maintains its historical connection with the military through its constitution and also supports charities local to Devizes wherever possible.

Each year the club members vote to select its charity of the year then runs a variety of activities to raises funds. Last year they raised £1,000 for the Devizes Opportunity Club. This year Arts Together was nominated by Marlene Hurd following our introduction by our Devizes volunteer Carol Harris. Along with another charity nominee, I gave a talk about Arts Together at the AGM and the resulting vote was resoundingly in our favour.

Arts Together is grateful to Marlene and Carol for their efforts on our behalf and especially to the Wyvern members for voting for us.

« Devizes member knits scarves for the troops in Afghanistan