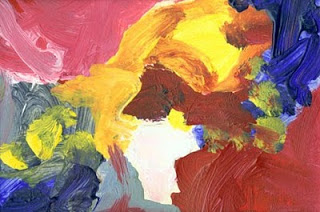 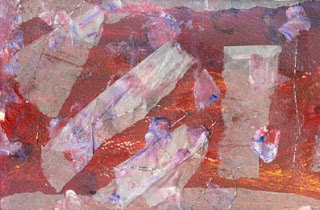 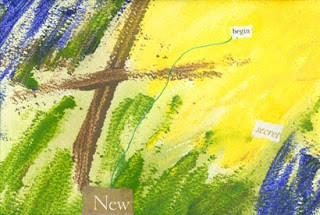 During last month’s workshops, the Devizes group went all a bit abstract; creating pieces of work synonymous with their ‘favourite places’ – their aim, to capture the essence of that place during the various seasons of the year..

Limbering up on large sheets of paper turned into a messy business (they did manage to get the paint out of their hair) that proved to be both interesting and liberating. ‘Off with the cardigans!’ Colours were assigned to a list of words that each felt described their place during one of the seasons; thought was given to the application of the colour; caution, brushes, paints and palette knives were thrown to the wind, allowing art to prevail.

The results speak for themselves – two Damiens in there, a Picasso, a hint of a Rothko and, as someone pointed out, the rest were Pollocks…. Jackson Pollock’s. We laughed so much there was a queue for the toilet.

In addition to the painting, there were extra curricular sweets (thanks) and a box of chocolates (Yay) which had to be dealt with- undivided attention to the chart is required if one wants to avoid the montelimar. We still managed to give lunch a good run for it’s money and with clean plates, no-one had to help with the washing up which meant we could all go straight home, for a sleep. Or was that just me.