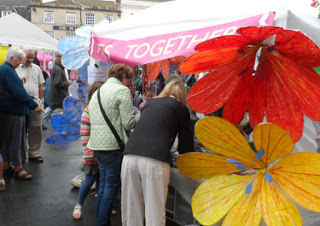 The Devizes International Street Festival was a great success despite horrendous weather. The volunteers on our stall were amazing for all the effort they put in before-hand and on the
day. They are just so good at chatting to people and kept their good humour
despite wind, rain, puddles and everything being damp!

We raised £211 which is amazing considering the weather. Well done the team. The stalwarts were; Trevor, Sarah, Juliet, Ffion, Nicki with daughter Chloe and Alan (with his white van without which we’d have struggled) and Jane with daughter Tilly (such a worker!). Jane also led the art sessions in the buildup to the festival and was responsible for the wondrous flowers which drew much admiration from everyone.

Maybe next year the sun will shine…in August!!! 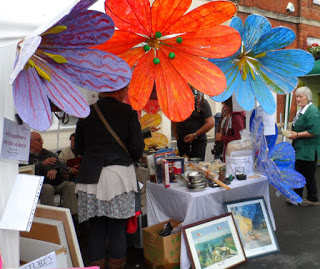 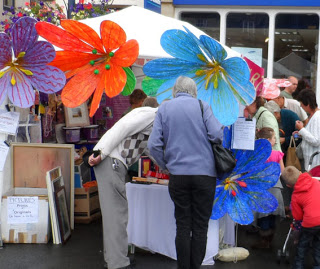 Arts Together is now part of LocalGiving.com »
View our latest Facebook posts
Bringing arts, creativity and improved wellbeing to older people in Wiltshire