The Devizes group worked with Anna Lane for 5 weeks developing their ‘Fabric Fables’. Each member first chose one of Aesop’s Fables that meant something to them. They could have written their own but loved Aesop. Tales chosen ranged from ‘The Hare and the Tortoise’ to ‘The Mountain that gave Birth’. They then set about designing and then making a fabric version of the tale – something that they found both extremely challenging and absorbing. The second week ended with much tearing of hair and gnashing of teeth. 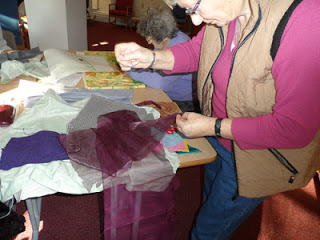 The last week was more like a party than an arts session; raucous laughter from some, loud singing and waving of arms from others, intensive hand sewing from one or two others and a very hot sewing machine. The sense of achievement and pride is hard to describe, particularly amongst those who had doubted their abilities. The wide grins and hugs all round describe it best. 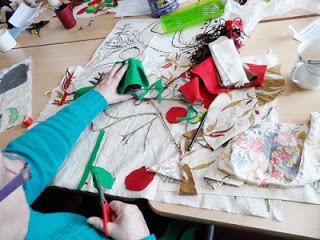