New Year Greetings from Arts Together 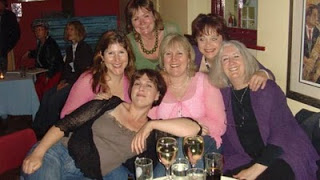 Greetings to everyone. It’s been awhile since any news appeared on the Blog but I hoping to remedy that in the coming week or so. What appears may not be strictly in order in relation to when it happened, but I hope that doesn’t matter too much.

First, we had a great fund-raising evening before christmas (22nd Dec). Mother’s Jam – a wonderful Acappella sextet toured the pubs of the Pewsey Vale in atrocious icy conditions to sing to unsuspecting drinkers and diners. Despite the cold and snow we managed to raise £193.72.

Thanks to all who turned out – even briefly – to shake a bucket – Karolyne, Belinda, Rupert, Ruth, Karen and Jeff. This was a great – and fun – way to raise some funds, and it would be good to do it again… in summer please!