Puppet making in Bradford on Avon 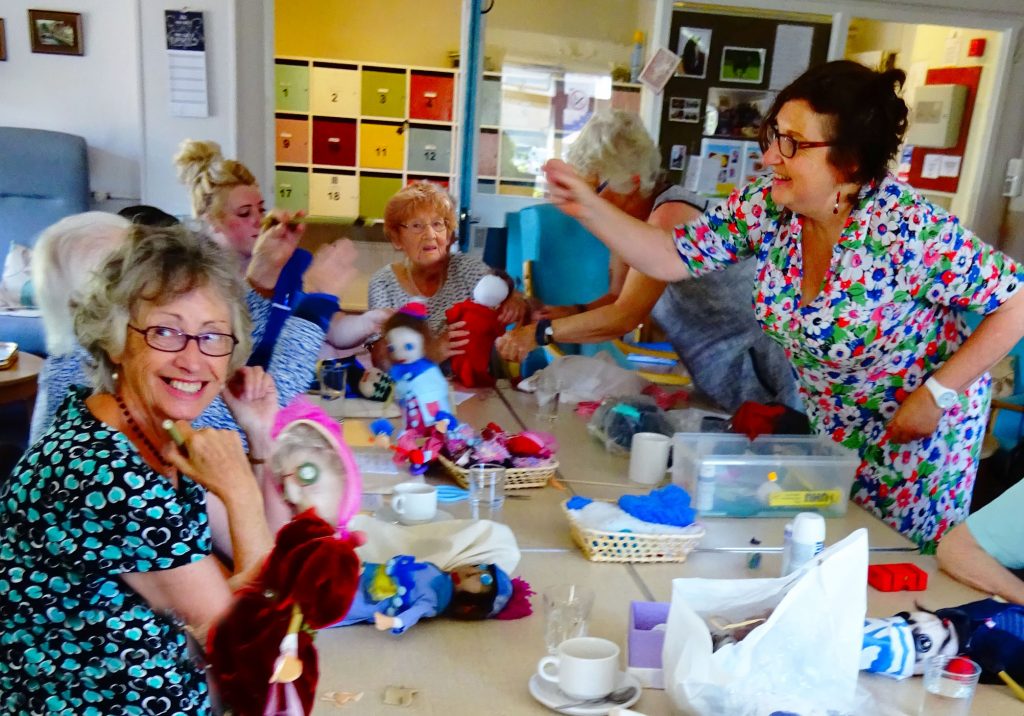 In June the Bradford on Avon group set to work with a jumble of socks, tights, buttons and strings. As the weeks went by the puppets came to life, each with their own special character. Then it was only a small step before the members launched into conversations as they worked. Police Constable “Sylvester” is already planning to keep Pirate “Hank” in order. Glamorous “Grandma Giles” is close friends with the young “Poppy”. Meanwhile “Jackie Pallo” the wrestler is spoiling for a fight and professional footballer “Owen” who is trying to keep his socks up! Luckily “Sully” the clown is promising to make everyone happy. But they will all have to wait until September when Arts Together starts up again after the summer break and the story-telling and set building can begin in earnest. Will it be a drama, a mini saga or a soap, or maybe a social documentary? More news as it happens – right here! 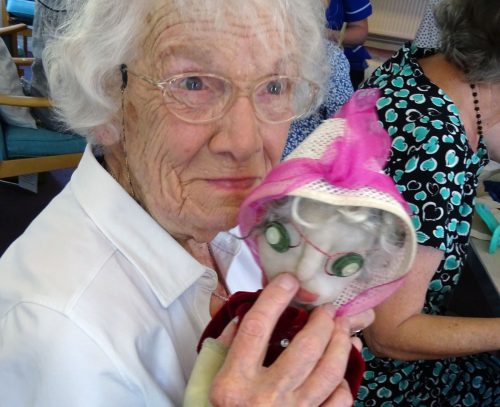 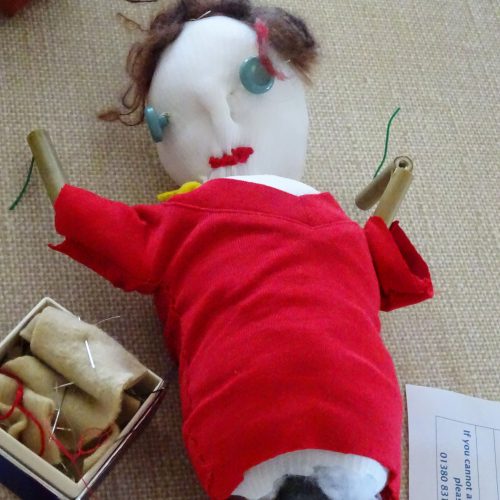 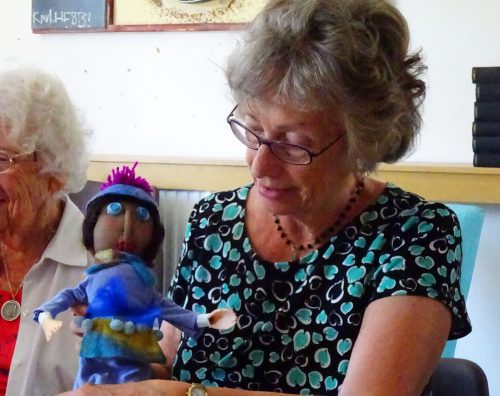 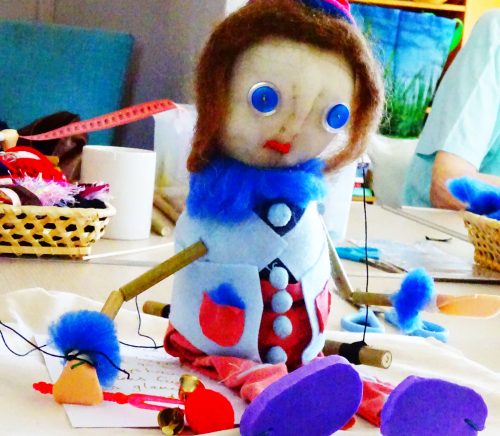