We made a cathedral! 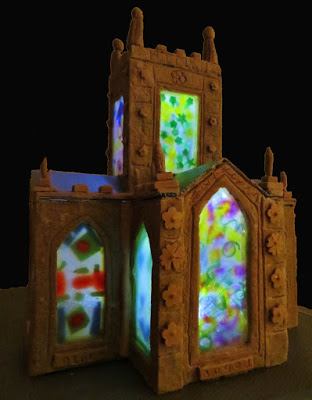 In the end we have a cathedral – now sitting on my kitchen table. It has been fantastic working with the Devizes group again on a project with an end goal which has had its own challenges and rewards. The rewards were a really great momentum and a sense of teamwork in the final weeks. Everyone got to work on individual pieces which were then put together. It provoked  lots of animated conversations; discussing a name for the cathedral, different aspirations for naming windows and some did research between sessions – the Amnesty window at Salisbury Cathedral and patron saints of the arts were explored and dismissed. The big reveal in the final week was wonderful when we drew the curtains and it was quite theatrical and sometimes comical.
Karin 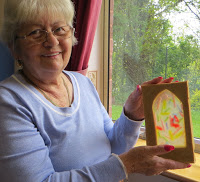 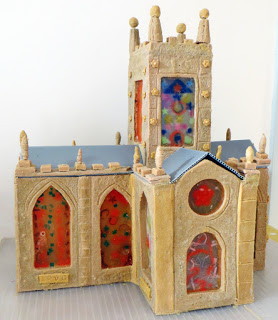 « Exhibition of Sarah Weeks’s Unframed Works of Art on Paper