You don’t have to be arty 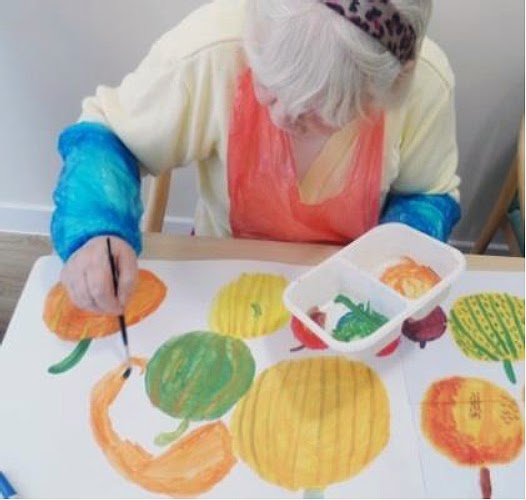 M asked to join Arts Together as she was desperately lonely and bored. She told me that she and her husband had moved here some years ago shortly after which he became seriously ill and hence they never built up any social network. Over the years as she looked after him she had 2 carers everyday as well as ‘hordes’ of nurses and medical teams and Carers Support, so life was full of people and things to do.
Then he died and overnight everything stopped. She was left with no husband, no contact with anyone and nothing to do – just listen to the clock ticking. “A bit like falling off a cliff into emptiness.” She quickly became very depressed. She says that Arts Together has saved her; she loves the friendliness, the people, and having something to look forward to.

« Fish returning to the sea

Arts Together is now a BBC Get Creative Champion! »
View our latest Facebook posts
Bringing arts, creativity and improved wellbeing to older people in Wiltshire